Watch Daniel Woods working what very well may be the hardest boulder problem in the country if not the world! If Daniel's estimation is correct, this is the first V16 in the country and arguably the universe!!! Produced for The North Face neverstopexploring.com/? I shot and edited this piece in collaboration with Big Up Productions bigupproductions.com/? and Sender Films senderfilms.com/? The Full Send will be featured in this years Reel Rock Tour reelrocktour.com/? See my other work at verticalcarnival.blogspot.com/? The back story….

I first met Daniel Woods about 5 years ago while in Rocklands Africa. Daniel already had a reputation as a steel fingered bouldering phenomena, and watching him crush in the boulders was about as close as I've come to witnessing the defiance of gravity. When Daniel mentioned on a facebook post that he had a new super project up in Boulder Canyon, and felt he might be close to "the hardest moves I've ever tried", I figured it might be a cool moment to film and so I rang him up! For the last two weeks I have been braving the 30 degree temps and shooting Daniel's process and progress.

Today in spite of a broken hold and a nasty fall, Daniel sucked it up, figured out new beta and SENT!!! "This is definitely harder than Terremer, and Jade, and I think warrants the grade of V16" he said. If Daniel's estimation is right, this puts "The Game" as a competitor for hardest boulder in the world!!!

Daniel had this to say, "I called this problem The Game, because for me the climb was a game I had to play, I had to click into game mode, and really train myself for these moves. I had to grow mentally strong and also physically strong to be able to put it together. I call it the game, because I played the game and I ended up winning the game so game over." A little inside information… one of Daniel's favorite rappers is also named "The Game!" 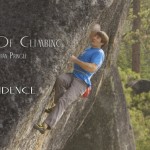 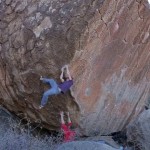 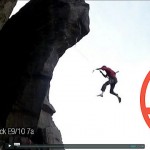