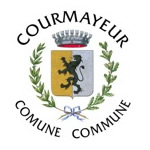 Conferences, debates, films, meetings and other cultural activities will be shared between Courmayeur and Chamonix-Mont-Blanc, from 22nd to 25th April 2009.

Piolets d'Or 2009
The Groupe de Haute Montagne, Nivéales publishing and the magazines Montagnes Magazine and Vertical, organisers of this edition, have selected the members of the jury. They are supported by the AAJ, American Alpine Journal, the gold standard, in terms of compiling and investigating the big first climbs achieved throughout all the mountain ranges of the world.For the first time the AAJ is officially supporting the Piolets d'Or, in keeping with the new spirit of promoting a taste for adventure, a desire for exploration and the art of climbing summits, rather than the spirit of competition.

An international Jury
The members of the Jury are all personalities in the world of mountaineering. Renowned mountaineers and journalists, they are informed and impassioned.
The members of the organisation committee do not participate in the selection of the nominees nor in the final vote of the jury but they vouch for the integrity of its work.

The Nominees – Maximum 6 teams nominated
The jury will have to choose between 57 big first ascents, achieved during 2008 by men or women of all nationalities on the 5 continents. Mountaineering, climbs, expeditions – all these mountains exploits are unique performances.The jury is currently working on the selection of a list of 6 ascents that will be published by the end of February. On 24th and 25thApril in Chamonix-Mont-Blanc and Courmayeur, the jury will reward the most significant achievements of the year.

And for the first time, a Piolet d'or will be awarded to a mountaineer for his exemplary career.