The first ascent took German climbing Prodigy, Alex Megos, two visits to the sea-side venue of Porth Ysgo on the Lleyn Peninsula.Das Pumpenhausen Test Piece is arguably the hardest but without doubt one of the finest problems in Wales. As for the grade Alex suggested 8B but it may be more difficult as he felt the problem suited him.

Das Pumpenhausen lies on a bloc half-way along the gabbro boulder field and climbs the black overhung face from right to left with powerful shouldery moves and a lot of body tension to reach the lip, where a couple more foot moves are required before an easier top-out.

Alex said: "I like it a lot because it's not just one hard move. It's six hard moves you could fall off to reach the lip. Not so many holds. In fact there are no other holds. It is a very pure bloc problem with an obvious good starting hold."

He added: "In fact it is unusual to have such large holds on a problem this hard. A bit like Rocklands style."

Peter Würth, who tried the problem with Alex on his first day, said: "It definitely felt 8B, maybe 8B+, but for sure it'd be a really good problem in any of the other areas I've climbed in around the world."

Pete Robins who has been on the problem and was on hand to watch Alex's send, said: "I think it's harder than any of my 8Bs and it's great to see north Wales bouldering getting some international attention."

As is Alex's customary style he quickly worked out the hard moves on his first visit and it looked like the ascent would be a formality. But he paid the price for not getting a good sequence for the finish and hanging around too long at the lip he fell off.At this point he nearly gave up as he thought perhaps it wouldn't be possible in a day and was keen to see other areas on his short trip to Wales. The rock is also quite aggressive on the skin.

However, while Peter Würth was trying it Alex changed his mind but fell off three more times at the lip. The incoming tide called an end to any more attempts as the spotters found the sea lapping around their feet and conditions deteriorated with the moisture in the air.

Returning four days later at low-tide in the afternoon and with a cool breeze blowing it was a surprise to find some of the holds wet and seeping. After a good deal of brushing and chalk the necessary friction still wasn't there on the big side-pulls, and Alex wasn't making as much of an impression as previously.It didn't look promising. Waiting to see if conditions improved was the only answer. Suddenly, hugely helped by the brushing efforts of Felix Neumarker the holds felt as good as on Alex's first visit and he cruised through the sequence, this time with no mistakes.

Among the locals seriously trying the project Dave Noden had shown the greatest commitment, managing all the individual moves but not having been able to link them. He even took up yoga a couple of years ago as specific training for it. He said: "I don't begrudge Alex his success in any way as it's so good to see such an awesome problem finally get done."

When the hugely coveted problem was first spotted by locals, it was dubbed the 'Fred Nicole Roof', as at the time it was reckoned it'd take a climber of the calibre of Fred Nicole to climb it. Such was the aura surrounding the unclimbed line that climbers at the crag would often seek it out, just to marvel at the powerful sequence, even if they weren't contenders. 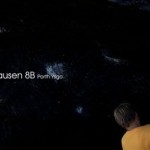 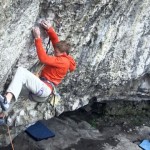 [VIDEO] One Week with Alex Megos in the UK 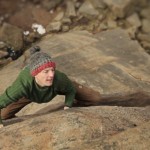 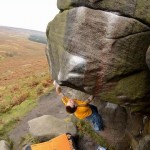