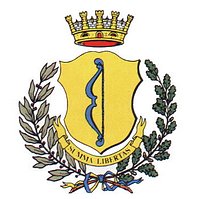 Once again eight top climbers are in the running for the fourth edition of the Arco Rock Legends. Five athletes have been selected for the SALEWA ROCK AWARD, the prize which recognises the style and best performances on single pitch sports routes and boulder problems, while three athletes have been nominated for the LA SPORTIVA COMPETITION AWARD which is destined to the last season's best competitor.

As usual a pool of 19 specialised magazines, which include some of the most important in the vertical world, has selected the eight athletes and as usual the list of the nominees for what in all effects is considered the sport climbing Oscars is truly stellar.

For the rock Oscar, ie the SALEWA ROCK AWARD, the list of nominees includes the irrepressible Spaniard Dani Andrada (his second nomination), the German ace Markus Bock, the legendary 16 year old Adam Ondra from the Czech Republic, (winner in 2008), the American Chris Sharma, better known as the King of climbing (at his third nomination) and Maja Vidmar from Slovenia, winner last year of the La Sportiva Competition Award.

If the candidates for the rock category are stellar, then those for the LA SPORTIVA COMPETITION AWARD are certainly nothing less, with the extraordinary Austrian dream team comprised of the young star Johanna Ernst and the “Queen” and “King” of bouldering: Anna Stöhr and Kilian Fischhuber, nominated for this award for the second year running.

On Friday 4 September, on the eve of Rock Master No. 23, the winners will be announced during the special Award's Ceremony which will be attended by all the nominees. As usual the show will be conducted by Kay Rush, the TV and radio journalist and keen climber and sports woman. During the celebration there will also be time for the official presentation of the logo and film introducing the ISFC World Climbing Championship, scheduled to take place in Arco in July 2011.

The event will be world class therefore! And once again the Arco Rock Legends will be the prelude to the world's most famous climbing weekend. The classic challenge which, on Saturday 5 and Sunday 6 September, will see the strongest athletes in the world battle it out for the trophy of trophies: the Rock Master. The dates for your diaries are 4, 5 and 6 of September: don't miss it!