Over the last few months Matej Sova from Slovenia has been living in Leeds completing a post doc in Pharmacy. James Kitson has been climbing with him and sent us this short report.Matej Sova , Underhand (F7b+), AlmscliffMatej Sova has has been steadily ticking his way through the classic sport routes on Yorkshire limestone. His mission has been to onsight as many routes as possible in his time here which culminated in him onsighting Supercool (8a+) at Gordale on Monday 30 August and then the Mandela (8b) at Kilnsey on the following Wednesday.He commented that Supercool was the best route he had done in Britain so far!Other routes he has onsighted recently include Straightened (8a) and Herbie (7c+) at Malham and The Jekyll (7c+), China Crisis (7c+), The Bulge (8a), Dead Calm (8a) and Private Practice (8a+) at Kilnsey. He also completed the Yorkshire triple crown by doing Urgent Action (8a+) at Kilnsey and The Groove at Malham (8a+), both on his second try, being very close to onsighting both.He has also redpointed some routes including Ecstacy (8b) at Kilnsey and Unjustified (8c) at Malham, both taking just 5 attempts. Just for 'warming up' he has onsighted lots of the 3 star routes from 7a-7c, with his favourites being Frankie Comes to Kilnsey and Dominatrix at Kilnsey.Sitting in the pub with a celebratory pint last night we thought all this was quite noteworthy for UK sport climbing. He still has 10 days left before he leaves to compete in the European lead climbing championships and the forecast is good so there may be more to come!Matej is sponsored by Iglu sport, Karibu, La Sportiva, Camp, Beal. 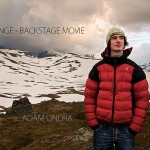 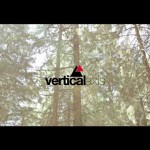 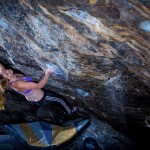 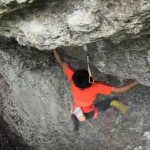