Melloblocco saw over 1,500 boulderers grace the pretty valley of Val Di Mello last weekend.With boulders spread out over a large area, over a large area, and no single concentration of problems a la Fontainebleau, the site is well suited to a big crowd.As competitors arrive for the world´s largest bouldering competition they are given a yellow T shirt, the sheer number of which literally turn the valley into a sea of yellow!Tony Lamiche and Mauro Calibani both climbed all six of the prize money winning boulders, with Andy Earl ticking five of them. Barbera Zangerl managed all four in the women´s category.

Below is a summary of the event from the Melloblocco website. The 3rd edition of Melloblocco®, the international bouldering meeting which started in 2004 and gathered an extraordinary crowd of eager participants in 2005, thus becoming “The Meeting” for many climbers, will be held again in Val di Mello.The playground will be a bit more further up into the Valley with the aim of putting together bouldering and a short trek in one of the most extraordinary wild environments in the Alps. The meeting formula will be the same as the two previous editions, very appreciated by hundreds of “sassisti” (the traditional name for boulder climbers in Val di Mello).The Melloblocco® participants may find accommodation in the many hotels or campsites in the area and are being “offered” over four hundred boulder problems from 4a to 8b, on the many rocks scattered all over the grasslands of the beautiful Mello Valley. The boulders will include historical problems, the ones from the previous editions marked on the map which will be given again to the participants, and lots of brand new problems, in the inner part of the Valley, marked on a second map also given to the participants in the event kit.The most difficult new boulder problems (6 for all and 4 for women only) entitle the solvers to share a jackpot in money, while prizes in climbing equipment will be drawn for the other participants. planetFear will shortly feature a gallery of climbing at Val Di Mello… ———————————————————————– If you have any news worth reporting please contact Matt – matt@planetfear.com / 0114 2969114 ———————————————————————– 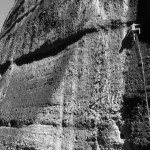 [VIDEO] Adam Ondra: A Year of Sends, on Rock and Plastic 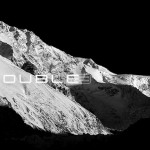