Here are some of the spanish sends these last weeks apart from the already known of Dani Andrada and Patxi Usobiaga: Ramón Julián has been climbing outdoors between competitions firing the next bunch of routes: – May the 1st: Zepetano, 8c (3 tries in a day) and Santa Linia, 8b in Sta. Linya. -Five days after in Alquezar: Mutter, 8c (3 tries during a day) – The next day (May the 7th) returning to Sta. Linya: Santa Leña, 8c/c+ (3 tries in 2 days), besides of an 8a+ and an 8a of an unknown name. Eric López, a seventeen-years-old guy from Toledo, fired everything hard in El Vellón (more or less his home crag) in few visits:Dancing with myself 8b+, Kundalini 8c and a variation of 8a. After that, Easter holidays, and during his first trip this year visiting Santa Linya, he sent the following routes: La travesia de los dioses 8a, Irak attacks 8a+, La mare del tano 8a+, and Engravity cero, his second 8c on this season. Josune Bereziartu got an 8c, El Percal (Tres Ponts), in 3 tries during a day. Daila Ojeda: Asaltis Bankis 8a+ and Air Line, 8a in 3 tries in Sta. Linya. Patiaso 8a, Formula weekend 8a y Fora dubtes 7c+ (flash) in Terradets. Berta Martín: Martina 8a+ in Montserrat (3 tries in a day) and Mireia 8a; La Travesía de gladiadores 8a, Airline and La mare del tano (both 8a+) in Sta Linya; and Sativa patatica 8a in Margalef. Mar Álvarez: Filosofía de Porvida 8a, in Clavijo; Ben Petat 7c+/8a in Motserrat; and Un Lindo Gatito, 8a in Los Agujeros (3 tries in a day). Source: Desnivel 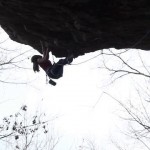 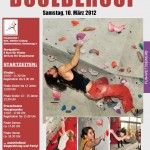 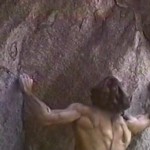 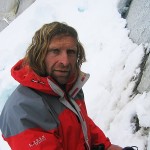