Climbers help protect rare chicks in Peak District National Park Climbers voluntarily avoided some of the best climbing cliffs in the Peak District this spring to give rare chicks a fighting chance of survival. As a result, 10 ring ouzel chicks were successfully raised in four nests on the highly-popular Stanage Edge, near Sheffield ? up from six chicks in two nests last year. Ring ouzels are officially listed as of major conservation concern as they are in national decline, and Stanage is the south eastern outpost of their rapidly-retreating range. Owned by the Peak District National Park Authority, Stanage is visited by a quarter of  a million people each year and is managed in liaison with the Stanage Forum ? a partnership of user groups, local people, land managers and conservation groups.Stanage warden Bill Gordon said: ?The success of the ring ouzel nests this year would not have been possible without close co-operation between ourselves and Forum members, in particular the British Mountaineering Council (BMC), English Nature, the RSPB and Sheffield Bird Study Group.? BMC volunteer Henry Folkard helped gain climbers? support, not just on Stanage but on Burbage and Millstone Edge. He made sure climbers knew why they were being asked to avoid certain areas and also abseiled down to monitor nests and lower chicks for ringing. ?The BMC is concerned about disturbance of nesting sites throughout the country,? he said. ?What?s encouraging at Stanage this year is that it shows voluntary restrictions, when positively communicated, are effective, allowing everybody to enjoy climbing and wildlife, and the wildlife to flourish.? Bill Gordon highlighted an unusual discovery ? one male ring ouzel was serving two females on different nests ? and helped raise eight of the 10 chicks. ?He?s made national ring ouzel history as the first proven bigamist of his species recorded,? he said. ?Actually it?s called polygyny, and he was singing his success all over the bracken beds.? Estate manager Matthew Croney said: ?We?d like to thank all the visitors this year for their tremendous help. For the first time we have met the Stanage Forum target of having four or five ring ouzel nests on the Edge, thanks to everyone?s co-operation.? Looking like blackbirds but with a white crescent on their breast, ring ouzels sing noisily or emit a ?tac tac tac? alarm call. They migrate here from North Africa in the Spring to breed. Stanage, part of the North Lees estate and a European-designated Special Protection Area, is part of a scattering of Peak District ring ouzel locations. Bird-ringers Flo Richardson, of the National Park Authority, and John Atkin, of the Sorby Breck Ringing Group, ringed 32 chicks from 23 nests this year on Stanage, Bamford and Burbage edges. 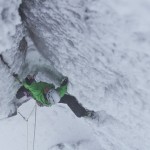 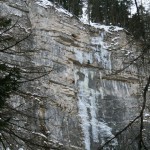 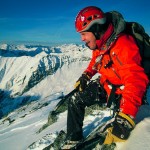