by Mick Ryan click to enlarge Steve McClure has just had a great five day trip to Sella, Spain. Climbing at the Water Cave and Wild Side, Steve managed an 8c+, four 8b+´s, two 8b´s, two 8a+´s and a bunch of 8a´s, and yes that´s right, in just five days. Steve doesn´t know all the names of the routes, the Spanish can be a bit secretive not just about names but about whole crags – and there was no up to date topo. As far as Steve knows the 8b+´s were Oceano, Dosis, Sepitembre and Unknown. The 8c+ was a link between Espacio 8c and Oceano done by Ramón Julián Puigblanque last year. Ramonet, as he is also known, did the first ascent of La Rambla original or La Rambla extension a confirmed 9a+ at Siurana – it´s had three repeats, and he has onsighted four 8c´s. The style of Steve´s ascents? “The best day was an 8b+ o/s, another flashed – with almost no info so as good as o/s – and an 8b flashed, ” Steve told UKClimbing.com. The 8c+ and one 8b+ were redpointed, the rest mostly flashed or onsighted. Photo, click to enlarge, by Alan Austin. Steve McClure is sponsored by Petzl, Five Ten, Beal and Fat Face and is featured in the new climbing DVD´s PSYCHE and HARDXS 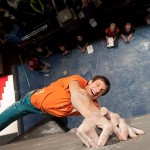 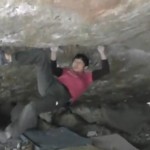 [VIDEO] Tomoko Ogawa in Catharsis (8B+) 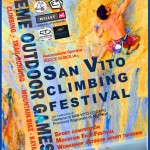 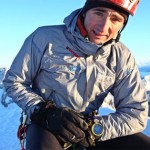