The American magazine, Rock & Ice has just launched its first issue under a new editorial team. With leading articles on the Astroman of the New Millennium, a new 5.13 next to Yosemite?s most famous free route, and Ed Viestur?s Annapurna attempt this spring, it promises to be a stellar issue. The mag?s had a style re-vamp, which, to be honest, I didn?t actually notice until the new editor, Duane Raleigh pointed it out in his fairly bland editorial.Ex-pat, Dave Pegg compiles the News Section, ?Breaking News? which has a good mix of stuff from new boulder problems by Sharma to Himalayan coverage.It does read very ?factually? though, with little comment. Then there?s the new columns.I haven?t read all of these, but some of them are so bad, they?re almost good.It?s the ?instructional? ones that are the funniest, clearly aimed at the person who has bought the mag because they?re thinking about taking up climbing.Top tips about training for bouldering by Obe Carrion is very informative (grin), but the best is ?how to prep a boulder problem? by Lisa Rands.And they?ve got various other personalities/experts in their field in a Q and A column.Which is actually a really good idea, but they read like they?ve been chucked together without much thought.You?d expect them to improve. And there?s an article about the UK too!Yet another ex-pat (this time Wills Young) writes about an amazing bouldering trip to the beloved grit with top boulderer, Lisa Rands.Superb photos of pulling down on the best that grit has to offer?I?m afraid not.The article is pretty much a description of the various set problems at The Foundry in Sheffield and what it was like to meet Neil Bentley.I kid you not. Overall though, you can tell it?s a first issue.I noticed a few typos which is unusual and a lot of it reads like they haven?t found an editorial ?groove? just yet.But there?s some stunning photography as you?d expect and the SuperTopo section looks very good (although more typos spotted here).There?s a nice balance across the breadth of ?climbing?, which hopefully will continue.Anyway, check it out, but to all those who slate the British mags, I don?t think they?re that bad in comparison! 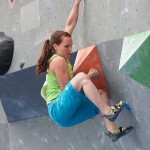 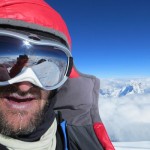 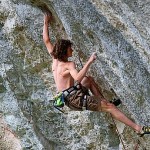