The 33-year-old has been the fastest in the world up the Eiger North Face and Matterhorn as well as taking on daunting climbs such as Moose’s Tooth in Alaska and Torre Egger in Patagonia with other climbers.

Arnold made a rope less ascent of the nearby classic “Crack Baby” in 2014 before he set his sights on the harder “Beta Block Super” up the Breitwangflue above Kandersteg in Switzerland on December 24, 2017.

Despite the threats of falling or 50-100 tons of ice breaking off on him, Arnold became the first to succeed on a rope less ascent of the 300-metre climb. Carefully navigating through the freestanding ice pillar disconnected from the rock wall about halfway up the climb, he reached an overhanging section of icicles and thus a point of no return.

In an hour and three minutes, the lionhearted Swiss alpinist had achieved another awe-inspiring feat for his climbing legacy.

He revealed, “I don’t want to downplay the risk and the enormous danger as I love my life. But I also love my dreams and ideas. And that’s why it was important to me and I’m proud of it. I love ice climbing. My life and the joy I get from taking to the mountains is unchanged. And that’s good, because what’s really important is to be healthy, happy and content!” 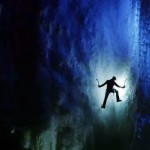 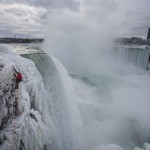 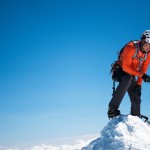 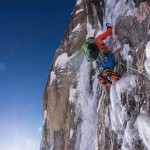