On Friday night, a lucky few indulged themselves with a night of mud, pain and suffering. This 42 mile (at least!) loop of the boggier regions of the Peak District is known as the High Peak Marathon. We are still waiting for the full results so these are based on my rather tired memory of the morning after the night before! 1st Overall: Team Montrail 09:21:56 2nd Overall: The High Peak Rollerbladers 10:02:453rd Overall & 1st Mixed Team: planetFear 10:30:124th Overall & 2nd Mixed Team: Aberdeen Asset Management 10:49:095th Overall: Half Man Half Totley: 11:14:06 Provisional Results available here Full Results and Splits here I do remember with some certainty that Team Montrail came in first in an impressive time of around 9 ½ hours, which given the very muddy and bleak conditions on most of the course meant that they must have been working hard throughout the night.

Above: Teams decending from the summit of Win Hill The planetFear team pushed themselves very hard, judging by the state of my legs this morning. The planetFear team consisted of Heather Dawe, Colin Taylor, Pete Rostrum and I. My own preparation for the HPM had been less than ideal. I was in bed on Friday afternoon suffering from a cold that had been stalking me all week. I struggled to find any enthusiasm as I went through the motions of getting ready on auto pilot. At least pulling on my new planetFear team kit (check it out here) helped me feel like a super hero preparing for a day at work! We planned to run on a ten hour schedule, and had broken up each leg into separate split times.  So we had a good idea of how we were doing throughout the night.It was drizzling when we headed off from the start at Edale Village Hall at 11:34pm. Setting off in the drizzle is never as bad as you imagine and we were soon overheating during the climb up to Hollins Cross. The first 3rd of the course through to the feeding station at Moscar is fairly straightforward and we arrived there 10 minutes up on our schedule and feeling comfortable with the pace.

Above: The control on the summit of Win Hill The full moon on Friday night was lost on us, as we climbed up on to Derwent Edge, and into the murky cloud base. We continued to battle poor visibility all night.At the Outer Edge control we discovered we were only 15 minutes behind Aberdeen Asset Management (AAM), who were the pre-race favourites for the mixed team prize. However, because AAM had started 24 minutes in front us, we had a slight lead. However, between Outer Edge and Swains Head (the next control) we drifted slightly off course and lost 10 minutes so we were effectively in a dead heat with AAM. Between Bleaklow Stones and Wain Stones there was a dusting of snow on the ground from the sleet that had been falling intermittently during the night.Conditions underfoot were a sapping combination of half frozen slush and mud. For hours as we part ran, part walked our way across Bleaklow in the mud and dark.When we arrived at Wain Stones, the sky had been reddening for at least an hour. We were relieved to be able to turn off our torches for the last time at about 6:30am and buoyed to discover that we had caught up a few minutes on AAM.

Above: The full force of a high powered Silva headlamp! Our next control was the second feeding station at Snake Pass. The mainly flagstone path meant that we got there fairly quickly, and again caught up a few minutes on AMM. We loaded up with food, and headed off across moors to Mill Hill. We all worked really hard on the leg to Mill Hill. Pushing ourselves, despite our legs begging for mercy. It was worth it. At Mill Hill we discovered we were only 19 minutes behind AAM. With renewed enthusiasm we set off again with Heather goading us all on? it would be a big mistake to assume that the woman in the mixed team was necessarily the weakest link!We arrived at Edale Cross with a 20 minute lead on AAM. We knew we only needed to maintain our pace and we could ?cruise? into the finish?. My legs felt like a thug had bludgeoned them with a baseball bat. I don?t think anyone else felt much better. The final steep decent from Hollins Cross was agonising. If it hadn?t been for the fact that we could see the finish I might just have sat down and cried!Soon after finishing I was sitting in Edale Village Hall piercing the walls with a 1000 mile stare. If I had had to make a decision right then, I would have chosen never to run again. Now, I?m psyched for next year. It?s amazing how quickly you forget! A big ?Thank You? to Sheffield University High Peak Club, all the volunteers and Richard, Andy and Julia for their organisation. All photos courtesy of John Arran www.thefreeclimber.com

Above: Unknown team enjoying the cloud and dark! 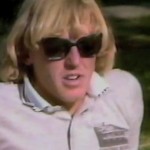 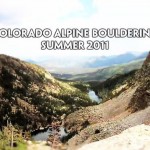