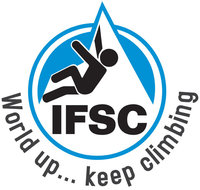 The end of the summer was certainly eventful for sport climbing, with historic results, from Adam Ondra's double gold in Boulder and Lead to Danyl Boldyrev's new Speed world record, in the World Championships in Munich and Gijón.The excitement continues in October with the second half of the Lead and Speed World Cup series starting up with three competitions in Asia.

Everything changes, everything stays the same

Although the results from the Lead and Speed World Championships in Gijón are not taken into account in the calculation of the World Cup rankings and thus do not affect them, they certainly did change the game.

In the men's Lead field, Adam Ondra, who had some bad luck and generally a hard time climbing the rankings in the early Lead World Cups (until his victory in Imst in early August), has definitely established himself as a force to be reckoned with in competition climbing as well as on real rock.Ramón Julian Puigblanque, who is currently ranked 8th in the World Cups, wowed everyone with his performance in Gijón, which was one "+" away from a gold medal. Time will tell if he is back in podium position or if his Gijón result was due to the energy and excitement of competing in front of his home crowd.

Meanwhile, in women's Lead, Jain Kim has continued her near-perfect run of gold medals (with one silver in Imst) by posting a flawless performance in Gijón, topping all four competition routes.She seems unbeatable this season, and with the return to her home country of Korea on October 11, where she has become a local hero, it will be tough for the rest of the field to beat her, but with strong athletes like Magdalena Röck, third in Gijón, on her heels, she'll have to fight for it!

In Speed, it seems that world records are falling like dominos, ever since Libor Hroza's setting a new record twice during the Speed World Cup in Arco at the end of August, to be beaten by Danyl Boldyrev in Gijón. Boldyrev's current world record stands at 5.60 seconds.

On the women's side, Alina Gaidamakina, 6th in the World Cup standings, proved that she's in podium-worthy shape with her gold medal in Gijón. And after a fall relegated her to 15th place, Anouck Jaubert, currently 2nd in the World Cup rankings, will be looking to make her way back on top!

More information on the event, as well as live streaming of the semi-finals and finals on www.ifsc-climbing.org

As always, we are present on Twitter during competitions, so reach out with the hashtag #IFSCwc. Rankings Women Lead 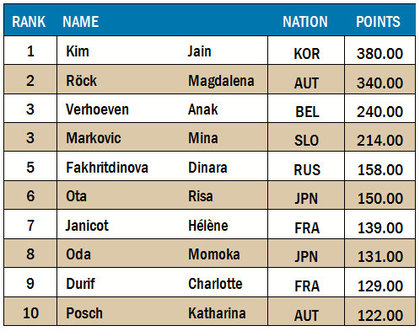 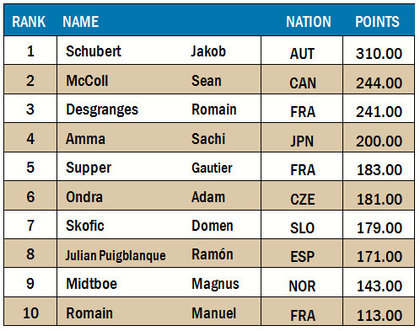 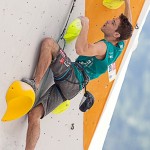 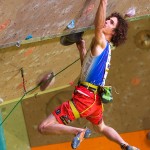 The IFSC schedule for the 2014 competition climbing season 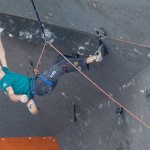 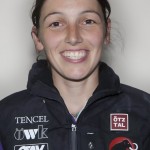