With only a few days to go until this year?s Kendal Mountain Festivals kicks off, planetFear has been exclusively talking to the organisers to find out what?s up, what?s hot and what?s sold out! The main lecture personalities this year are mostly climbers and mountaineers, representing what many would say is a welcome return to the core interest area that most Festival-goers want to see.  Familiar names like Steck, Prezelj, Fowler, Blanchard and Emmett all stand out. You may also recognise the name Whillans, yes Don returns yet again to the programme with a new film made by Leo Dickinson and Festival director John Porter that will see its premiere at the Festival. The DMM Friday evening session featuring Bonington, Gray and Kirkpatrick that launches the Whillans film is sold out but fear not, there?s a live simulcast into other rooms and the film gets shown a couple of times over the main weekend. Also sold out is Chris Bonington?s ?Life In Words? lecture forming part of the Book Festival, which really steps up a gear this year. For the first time the Boardman Tasker Prize for mountain literature will be judged and announced at the Festival plus there?s loads of well-known mountain authors lecturing, signing books and generally hanging out.If you?re in the Kendal area during the week then tickets are still available for the three mid-week ?specialty? evenings ? ski, white water and mountain bike ? which feature action films and lectures. Plus there?s still time to enrol for the Extreme Film School, a few places are still available on this unique course that?s probably the best film-making value on the planet. What else? There?s the Arts Festival featuring a one-off exhibition of T Howard Somervell?s work, Bernard Newman?s favourite images from Climber magazine, images from Jon Sparks & Dave Willis, the online photography competition finalists, original Andy Parkin works? Phew! The dates are 11-19 November with the main weekend 17-19. Tickets can be bought online or through the box office on 01539 725133. Details as they happen at www.mountainfilm.co.uk 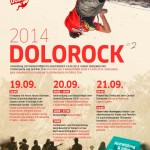 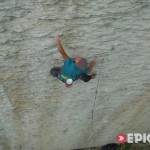 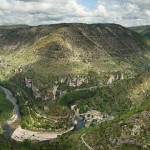