by Alpinist & Jack Geldard UKC The highly successful Omega Foundation Expeditions to Antarctica have established yet another first ascent.This time of Mt. Ryan [Named after our very own Editor in Chief; Mick Ryan? – possibly! – Jack] From Damien Gildea, on the Alpinist Website:”We spent a long time melting snow for water, having drinks and something to eat, then trying to get some sleep. Pachi and Camilo both brought their sleeping bags; I just lay in the middle in my down jacket and Primaloft pants with my feet wrapped in another jacket… around 2 p.m. on Monday, Tyree [a nearby peak, first climbed in 1967 – ed] clouded over quite quickly from the west, the summit disappeared, and lots of clouds moved in, now with some snow blowing in the wind. We decided it [ascent of Tyree] was not on; we´d have to go down and try again later… So down we headed, now pretty much in total white-out, following the GPS. But at the point we turned west to descend off the plateau, we decided to take the opportunity, as meagre as it was, to head north across the big plateau and make the first ascent of Mt. Ryan (ca. 3890m), a newly-named and designated peak at the northern tip of the Gardner massif.”Read the full details with info on other Omega Foundation routes on the Alpinist Website. The Omega Foundation is a non-profit scientific organization founded in 1998 that conducts projects in Antarctica.It is dedicated to the support of scientific, environmental, educational and literary work in the Antarctic region.Part of that work involves GPS mapping in the mountains of Antarctica and relaying that information to the Australian government.The registered points are then combined with satellite images in order to make new, more accurate maps, for free distribution worldwide. Damien Gildea is a long time Expedition member for The Omega Foundation, and has climbed numerous peaks and first ascents in Antarctica.He has summited Mt. Vinson (4,892 m), Antarctica´s highest mountain, on several occasions. He is also author of The Antarctic Mountaineering Chronology, a reference book on climbing in Antarctica and South Georgia. ( Source: Alpinist ) 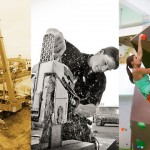 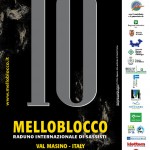 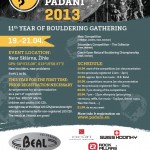 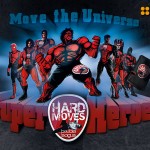