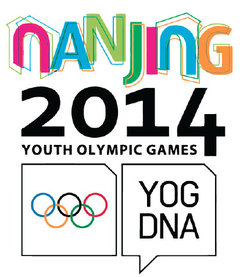 The IFSC is extremely proud to announce that sport climbing will be present in the Youth Olympic Games in Nanjing, China from August 17-27th as a showcased sport.

In December 2013, the recently elected IOC President, Thomas Bach, presented the IFSC with the opportunity to showcase our sport at the Youth Olympic Games in Nanjing 2014.Bach has previously said that the Youth Games could be a testing ground for sports seeking to join the Olympics.A spectacular, custom-made wall, which will remain in Nanjing as a legacy of the event, will be featured as part of the Nanjing 2014 Sports Lab, an outdoor venue situated 20 minutes on foot from the athletes' Youth Olympic Village, along with three other "showcased” sports: rollerskating, skateboard, and wushu.

For ten days of 12-day Games program, spectators will be able to see sport climbers from ten countries, six athletes from China and ten from around the world, climb in the three disciplines of Lead, Speed, and Boulder.

Additionally, local youth and YOG athletes will be able to try out the sport, under the guidance and supervision of two Chinese and two international coaches and route setters.

The IFSC athlete delegation is composed of eight women and eight men from Australia, China, France, Germany, Great Britain, Italy, Korea, Russia, South Africa, and the United States of America, who were nominated by their National Federations and selected by the IFSC Executive Board as representing the best of our sport and exemplifying the Olympic values.

IFSC President, Marco Scolaris, noted, "It's a unique opportunity to showcase the sport, not only to the people in Nanjing and to the young men and women participating, but also to the Olympic movement."

We are very excited about this opportunity to promote climbing on a global, Olympic stage! 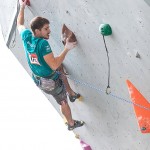 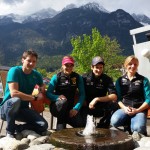 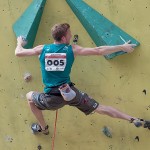 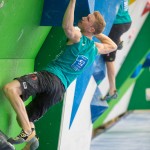