The Llanberis Mountain Film Festival 2010 will be held on the weekend of 5th to 7th of March. Tickets are now on sale and are available at www.llamff.co.uk/ticketsSPEAKERSThere's a great line up of speakers including Stephen Venables, Joe Brown, Jim Perrin, Dave MacLeod, Steve McClure, James McHaffie, Pete Robins, Jack Geldard, Martin Chester, Paul Gannon, George Smith, Elvyn Jones, John Cousins, Hosey B and more. Dave Macleod and Steve McClure will be doing masterclasses as well as speaking.FILMSMany of the latest climbing and outdoor films will be shown including the Best of Banff, and the final line up of the LLAMFF film competition will be announced early February.UKC PHOTO COMPETITIONUKClimbing.com are hosting a photography competition which begins this week at UKC, more details later in the week. The winners will have their images printed by Living Art of Hathersage: (www.living-art.org.uk)EXHIBITIONSJohn Redhead will have a multi-media 'intervention', called Remains of languedoc (more details at www.llamff.co.uk) and Phil Gibson will be exhibiting some of his illustrations of mountains and cliffs.More on Stephen Venables and his presentation at LLAMFF, In the Steps of Shackleton.In 1914, Sir Ernest Shackleton set out on his expedition to cross Antarcticavia the South Pole. However, early in 1915 disaster struck when his ship,Endurance, was crushed by the Antarctic ice. Leaving his crew marooned onElephant island, Shackleton set out with five companions in a tiny lifeboat insearch of help. After a sixteen day voyage 800 miles across the SouthernOcean they landed on South Georgia's deserted south coast. HereShackleton continued on foot with two of his men, crossing thirty miles ofunknown, unmapped glacial mountains, with no mountaineering equipment.They finally reached the whaling station of Stromness on the north coastwhere they were able to summon a successful rescue for their remaining 22companions.

In the last ten years, Stephen has twice has twice repeated Shackleton'sfamous crossing of South Georgia. The first time, in 2000, he was withConrad Anker and world famous mountaineer Reinhold Messner, during themaking of the IMAX movie Shackleton's Antarctic Adventure. He returnedin 2008, this time sailing from the Falklands on Skip Novak's yacht PelagicAustralis, to guide the 'Beyond Endurance' team on their crossing.Stephen's new show brings Shackleton's epic escape from Antarctica to life,with stunning photos and film footage illustrating the explorer's treacherousjourney over the mountains. As Stephen explains, ?Shackleton's expedition isone of the great epics of exploration ? a tale of escape and survival moremiraculous than any fiction.? With his highly acclaimed photos and naturalgifts as a storyteller, Stephen captures the thrill of climbing, skiing and sailing in a place of such haunting beauty. 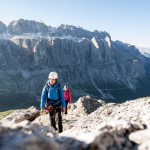 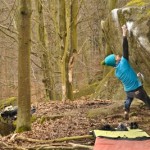 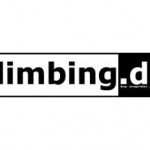