The first thing you think may well be: "Where on Earth is Bornholm?" Well, we had to look it up to be honest. It's a small island, about the size of the Isle of Man or Ibiza, in the Baltic Sea. Although far closer to the coast of  Sweden than Denmark it is actually Denmark's easternmost territory.

Probably better known as a holiday destination for northern Europeans than it is for its climbing, that'll almost certainly change to a large degree, now that Geoquest has just published a climbing guidebook to Bornholm by Karsten Kurz – Bornholm on the Rocks (www.geoquest-shop.de).

The new guide has approximately 500 single-pitch granite routes in it, with both trad and bolt protected routes, as well as some bouldering. There looks like there's plenty of opportunity for development but we'll let you know when we get back.

The 6th – 9th June is a traditional holiday weekend for several northern European countries with the Whit Bank Holiday Monday on the 9th. We'll be based at the Lejrplads Egeløkke campsite in Allinge over that long weekend, where some of our European sponsored climbers together with distributors and agents, will be teaming up with us.

If you want to join the meet then we'll have the latest DMM kit for you to borrow and try out, the tensile tester will be on-hand to test your old gear to destruction and there'll be the usual freebies. Be sure to come and have a chat and a beer if you're out there; the DMM stand will be obvious. 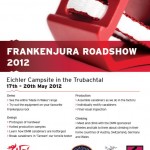 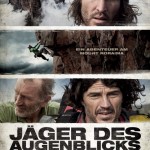 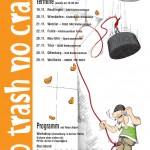 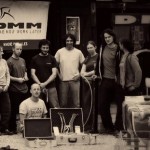