If there’s one thing you can count on during any photo or video shoot, it’s that you can’t count on anything.  It was a simple enough plan: Get together with a couple of pro climbers, film them on one of the most exquisite routes in SW Colorado, have some good times, then head on home.  Mission complete.

Don’t get me wrong, just like any other shoot, there was a ton of logistical planning involved.  Multiple shotlists were written.  Engineering obstacles on how to safely and effectively rig cameras on an overhanging 5.13+ finger crack were tackled.  Assistants were hired.  Groceries were bought.  Sleeping accommodations were booked.  Truck was packed full of camera gear, rigging equipment and a case of home-brew. All ducks were in a militant little row.

As I rolled into Grand Junction, I found myself driving straight into the inhospitable embrace of a winter storm, stoke level dropping faster than the mercury.

Now, you may be asking yourself, ‘Dan, during all of your careful planning, why didn’t you bother to check the weather report?’

Ahh, that’s a wonderful question.  You see, while a blustery curtain of white obscured our view of the great sandstone splitters of Escalante Canyon, the current weather forecast insisted that we were standing under clear, sunny skies.

Knowing exactly what to do in situations like this, I opened up the tailgate, pushed the case of homebrew aside and reached for a flask of bourbon.  It was time for Plan B.

The crew, consisting of Ben Rueck, Sam Feuerborn, Mayan Smith-Gobat and I, decided to head back to town with our tails between our legs. As the truck warmed up and took the chill from our bones, we moaned about the seeping and now unprotectable cracks that would take days to dry…even if the sun were shining.  Options were few.  Indian Creek would surely be in the same, sad condition.  Likewise for Moab.

It was then that Mayan chimed in with her charming Kiwi accent, “It’ll be cold, but why not shoot the Puoux?”  Of course!  Among the overhanging limestone walls of Glenwood Springs, there was a gem of a climb called ‘Gutless Wonder.’  The route, which took two agonizing years of Ben’s life to complete, would offer just enough shelter from the roving mountain storm…probably.  I could see the pain on Ben’s face as soon as it was mentioned. It was a route he thought was in the rearview, one which he had never expected to revisit this soon, if ever again.  Having sent the route less than a year before, the wounds were still fresh in his mind.

We took refuge in a local coffee shop, closing the door on the thick clouds that loomed in the cold, dark sky. As Ben and I scribbled out a shot list, we faced the fact that this would be a run and gun mission. We’d be attempting to film a 5.14b route in single digit temps on the side of Colorado’s busiest & loudest highway. Because we were shooting on the Winter Solstice, the shortest of all days, we would only have a four hour window to film the entire piece. It would be rough, but we now had a plan B.

The wintery conditions were actually perfect. Well, maybe not for Ben – but definitely for the shoot.  The thick buffer of clouds diffused the intense Colorado sun, providing us with soft, even light.  As it turned out, this high mountain weather painfully echoed the same conditions Ben endured when he finally sent Gutless in 2014, so the agony you see in this video is quite authentic. 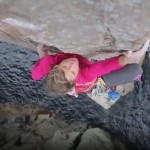 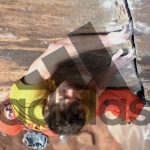 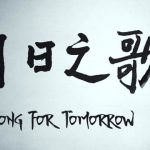 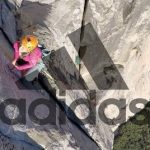