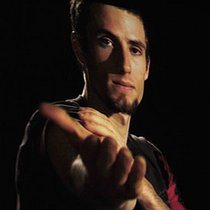 The SALEWA ROCK AWARD and the LA SPORTIVA COMPETITION AWARD, the sports climbing Oscars, will be celebrated for the third year running on Friday 5 September 2008 at Arco (Garda Trentino, Italy) on the eve of the XXII Rock Master.

The nominations for the third edition of the Arco Rock Legends have now been decided. Once again the pool of 17 international specialised magazines has selected 5 candidates for the SALEWA ROCK AWARD and 3 for the LA SPORTIVA COMPETITION AWARD and these prizes will be assigned on Friday 5 September 2008 at Arco (Garda Trentino, Italy) on the eve of the XXII Rock Master, the climbing competition for the world's champions.

An international Jury comprised of some of the most authoritative specialised magazines has concluded the first stage of its work, selecting the candidates for the third edition of the Arco Rock Legends 2008. Put in other words, these are the candidates in the running for the awards which recognises via the SALEWA ROCK AWARD the performances and the style of the best climbers in the world on single pitch sports routes and boulder problems. For the third time running the Jury has selected an extremely impressive list of candidates.

The list of nominees for the SALEWA ROCK AWARD includes the Americans Chris Sharma and Dave Graham, Patxi Usobiaga from Spain, Barbara Zangerl from Austria and 15 year old Adam Ondra from the Czech Republic. Those in the running for the 2008 LA SPORTIVA COMPETITION AWARD are Maja Vidmar from Slovenia, Kilian Fischhuber from Austria and Patxi Usobiaga, like last year the only athlete nominated for both categories. As many will no doubt remember, the Spaniard won the Salewa Rock Award in 2007.

The Jury will gather on Friday 5 September at the Arco Casinò Hall to assign the award to the climber who distinguished him or herself most on rock for the SALEWA ROCK AWARD and to the athlete who distinguished him or herself most in competitions for the LA SPORTIVA COMPETITION AWARD. The winners will be announced during the special Award's Ceremony hosted by Kay Rush, the TV and radio journalist and keen climber and sportswoman. The ceremony will take place on the eve of the two Rock Master competition days scheduled for Saturday 6 and Sunday 7 September.

Expectations are high for this award, truly unique for the climbing world, just as they are for the XXII edition of the Rock Master. Once again this event gathers together the entire climbing comunity at Arco for the classic champions competition.