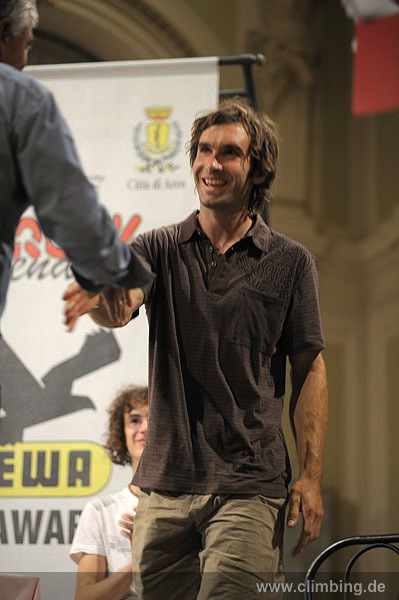 Last night's IVth Arco Rock Legends proved to be spectacular. The Salewa Rock Award and the La Sportiva Competition Award were handed out in front of a packed crowd which went wild as the Jury's verdict for the climbing Oscars were announced; for the rock category the 17 international specialised magazines had chosen Chris Sharma, alias the King, while the competition category went to none other than Kilian Fischhuber.

The choice was by no means easy, above all because the other nominations included some of the best sport climbers in the world: Dani Andrada, Markus Bock, Adam Ondra and Maja Vidmar were in the running for the Rock Award, while Johanna Ernst and Anna Stöhr were gunning for the Comp prize.

As always Kay Rush splendidly presented a true climbing festival launched by the Giuseppe Filippi, the president of the Cultural Association Arco Rock Legends which organises the Arco Award. To give a measure of the festivities, legendary Luisa Iovane was recognised for her contribution to both the Rock Master competition and the entire sport climbing movement with the award "Ambassador of sport climbing". And then of course the stage was taken up by star guest Jerry Moffatt, the legendary British climber who, together with all the rest, made the evening unforgettable for both Arco and the entire sport climbing movement.

What was also unforgettable was the presentation of Arco 2011, or rather, the IFSC CLIMBING WORLD CHAMPIONSHIPS which will take place in Arco in two years time. Albino Marchi (president of the Rock Master Association which constitutes the technical soul of the event) Ariano Amici (president of the Italian sport climbing federation) and Marco Maria Scolaris (president of the International Federation of Sport Climbing) all underlined the importance of this great sport event for Italy and the city of Arco.

The choice to hold the World Championship in the city of Arco had been decided a few months ago during the International Federation's General Assembly, which is comprised of a staggering 50 nations: confirmation that Arco is truly a great world sport climbing capital. 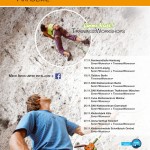 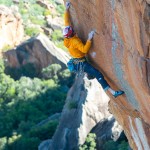 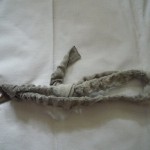 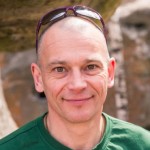