A few months after the selection of the new sports to be included in the 2020 Olympic Games, both presidents took a step back and gave their point of view on the future of Sport Climbing in the coming years.

Marco Scolaris said: "The 2020 bid was a great dream… and we woke up in China, where the next Youth Olympic Games 2014 will take place, and where Sport Climbing and Roller sports have been included as demonstration sports. This is a sign that apart from all the political issues, the IOC seems to have been positively impacted by the presentation made by our team and by the sport itself."

With this opportunity to be a demonstration sport at the YOG, Sport Climbing will benefit from extended international media coverage, allowing it to build its reputation and credibility.

Moreover, the IOC will hold an Extraordinary Session on December 15th, 2014, called “Olympic Agenda 2020,” to review, among other items, the selection process for sports to be included in the Olympic program. Thus, Sport Climbing's 2020 bid made an impression on the sport world.

Now what ? Marco Scolaris followed up, "It's not over yet. We must continue to work hard to show to the IOC that Sport Climbing is an Olympic sport. Its inclusion would benefit all parties, not only the sport and its athletes, but also the IOC. We have to impress this upon them by putting on a great show in Nanjing at the 2014 YOG."

From his National Federation perspective, Pierre You added: "It's the role of the National Federation to back the IFSC in the development of Sport Climbing – as we did in Cameroun or as China is doing currently in Tanzania. And as we're doing Algeria."

With that same goal in mind, the FFME presented a high-profile bid to host the IFSC Climbing World Championships in 2016. It is crucial to continue to improve the quality of Sport Climbing events in order to attain the standards of other mainstream sports. Putting on the best events possible is key to attracting new sponsors, new TV and media outlets, new partners, and, finally, to improving the image, and building the influence and the renown of the sport itself.

Agenda update. After the fire that destroyed the competition wall in Noumea in December, it was amazing how quickly the local and the international climbing community rallied to set up a new climbing gym and do everything necessary to make sure that the IFSC World Youth Championships would not be cancelled. Last week, it was decided that the events would take place during September 20-24th, 2014.

The Plenary Assembly also voted to select hosts for the next two IFSC World Championships. Paris will host the 2016 event in a completely renovated, modern, and yet infamous venue, Paris-Bercy. Then, it will be Innsbruck's turn to host the IFSC World Championships in 2018. Both cities made impressive presentations showing real motivation and solid plans to make these shows exemplary sporting events.

Sport Climbing has everything it needs to continue its rapid development. It is a relatively new sport, an impressive yet straightforward performance with a very young and dedicated community equally composed of men and women, and, last but not least, a fully integrated program for Paraclimbing athletes.

Marco Scolaris concluded, "We have to keep promoting our sport all together. If we succeed making Sport Climbing a mainstream sport, then any dream can come true!" 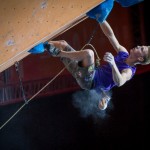 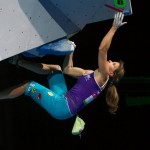 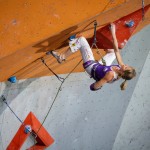 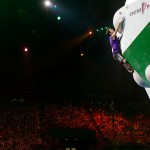