Read below a fantastic story, written by Adam on his way to the US. He talks about graduation, his favorite place and about the World Championships in Paris.

“Graduation at university had been long awaited moment. After three year of studies to get the bachelor degree, the craving of freedom turned up stronger than ever. Finishing my thesis in business management was a tough and tiring work, but when it was all done in June, the feeling was incredible.

Not that I would not be enjoying studying, but my life had been just a bit too hectic. Sticking to the hardcore training regime and doing my university duties would make everybody tired. Sometimes I felt more like a robot, efficient one, but at times forgetting to enjoy himself. As soon as it was all over, I packed myself and headed straight to Flatanger.

The cave of Flatanger is my favorite place to be. I do not know why, but when I am there, everything falls into the right place. In the end, I would call it freedom what I feel. The pleasure of flow of climbing on the perfect granite, with the landscape and cool crew around… But there is one thing that is not that connected to the freedom. A thing that is actually taking my freedom away if I let it happen – the project.

This cave is home to some of the most inspiring lines I have ever seen. These lines inspired me to train hard this spring, while finishing my thesis and giving it all. They inspire me because I want to climb them so badly. I feel like I would be ignorant if I did not want to climb them. As long as training for the project and working the project is fun, I feel the freedom and I enjoy myself. But if I get too obsessed, too focused on the climb, the freedom disappears.

The whole summer, I was going back and forth, from home to Flatanger and back, to train and then work the “Project Hard”. The cryptic section of a shallow crack which requires completely new level of tricks, occupied my mind. It was more like a mental exercise to get the hang of all the complex sequences.

After 12 days of work, the beta was finally found and I was close to linking the crux sequence at least, which is a 10 move 8C boulder problem. But one needs to get there by climbing an 8b route, and the whole sequence is followed by another 8B boulder problem. But at that moment, my time was getting shorter and at the same time, I felt the joy was quickly disappearing. I could see the project was a bit too much for one season. I know I must return next season. And if it will not happen, I will return again.

I was back at home in Brno and had a few weeks of training ahead before the World Championships in Paris. And only at that moment, my motivation for this competition started growing. Until then, I had not been thinking about the comp at all. I was a bit tired after last two years of full-on competition seasons and when I was watching live streams of World cups, I enjoyed watching, but did not miss all the stress and plastic holds at all.

Nevertheless, after liberating myself from the project in Flatanger, the goal of World Championships appeared in my mind. And I trained hard in order to go after it. But not only that I trained all the necessary volume, but I gave everything I had into every training session which, ultimately, makes the real champions. The mental power is what brings me forward and makes me stronger. And with a free mind and no duty of going to school, the well-thought training program from Patxi worked just perfectly.

Besides, living and training in Brno is just so comfortable for me. I can choose from a few gyms, everything is very close and I have a climbing area 30 mins drive from home, where I can train too if I am tired of plastic holds. There is the family, my amazing girlfriend and plenty of things to do besides climbing.

When I arrived to Paris, I felt quite strong indeed. I was confident, but the first days were even better than I expected. I was a little nervous, as everybody is on the World Championships, but confident at the same time, simply because I felt strong. I chose to compete in two disciplines, lead and boulder, which resulted in 5 day competition marathon without any rest day. In a way, it helped me to release the pressure. I was almost too busy to be nervous.

As the fourth day approached, and I easily made the finals in both disciplines and actually leading in both, I got a bit more nervous and all of a sudden my expectations were huge. All I wanted to go for was a victory. Due to this, my performance in bouldering was not that perfect and I placed 2nd, which was frustrating at the moment, but retrospectively, I am just incredibly happy for that.

The last day, the finals in lead was one of the best moments of my climbing life. The moment I stuck will be forever in my mind. The honest encouragement of thousand spectators was magical. I felt like a king of the evening, which might sound almost arrogant, but it did not feel arrogant to me at all. It was amazing to feel the joy of mine, but also the joy shared with the spectators. I felt they really wanted me to go the top –and I succeeded. In my view, it was just as beautiful as sport can be. Different than rock climbing, but an extremely strong experience.

After Paris, I was so happy that I was not even that motivated to train and climb that hard. I still climbed a lot, but like in the days when I was a little kid, going into gym for climbing, not training. The real motivation is coming now again, when I am writing this piece, sitting in the plane on the way to Yosemite Valley… And psyche is very high!” 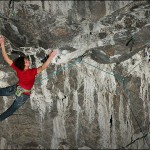 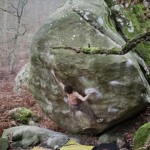 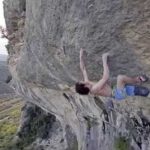 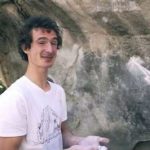