The line contains the first 8m of Le Roi Lézard (8c+) until a rather bad rest (8b/8b+ up to there). Then turns right into the 8B crux of Des scènes bizarres… (9a+) and finally adds a “new” last 8A+ jump that results from a broken hold. To be finished into some meters of 7b+.

The grade is another chapter of “Lost in Quotation” – kind of a tragic comedy that evolved over the past years. To give some orientation: When you on sight standard 9a you may climb this in one or two days – thus a logic, rather tough 9b. When you compare it to e.g. Via de la Capella (9b) – the same. But if you decline down from the hardest route(s) in the world, it might appear soft.

Well, anyway, I hope that everyone who still argues about grades for a route like this, in a place like this will be taken on the horns by an ibex or a chamois passing by. (Or he or she waits a bit, I just deciphered a potential new first part that should be tough 9a instead of 8b/8b+ – hopefully making it “barrier” ;)) 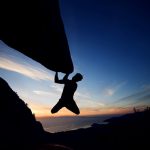 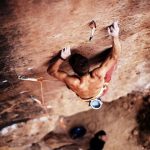 [VIDEO] Pirmin Bertle on “Ruta de Cobre” (9a) in Chile 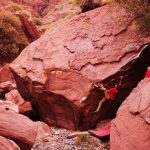 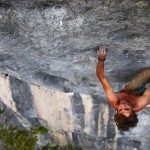